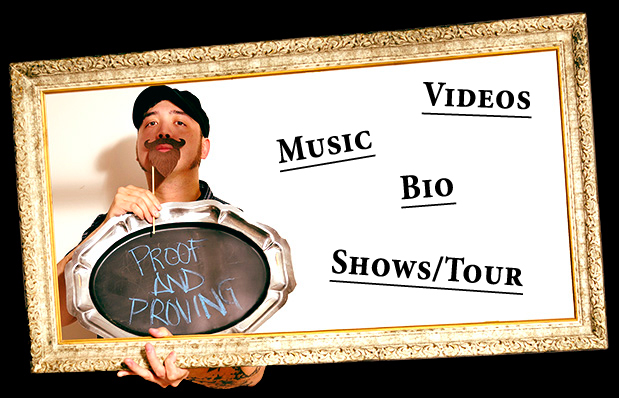 Proof and Proving's bio is short and to the point: "i drink acoustic and play alcohol."

A humorous testament to sole member singer/guitarist Brian's live show; which is juxtaposed to the serious and heartfelt subject matter of his songs. Mixing dissonant chords with sincere lyrics Proof and Proving is, stylistically speaking, not too much unlike the sounds of Tim Barry, Chuck Regan, or John Samson  a singer/songwriter acoustic approach from a musician who grew up in the punk rock and hardcore scene.