The upstairs lounge at Kung Fu Necktie is the shaggy little brother to the bar’s downstairs stage. What it lacks in prestige, it makes up in personality. Sure, you can only fit about 30 people in the two-room space, but you can also buy a can of beer for $2 and take a picture with SuperCock. The more venues for the city’s weird, small-scale bands and their weird, small-scale fans, the better. That feeling of “all comers welcome” made for a fitting backdrop Wednesday night when four disparate bands of varying styles blew through three hours of music under the EL. 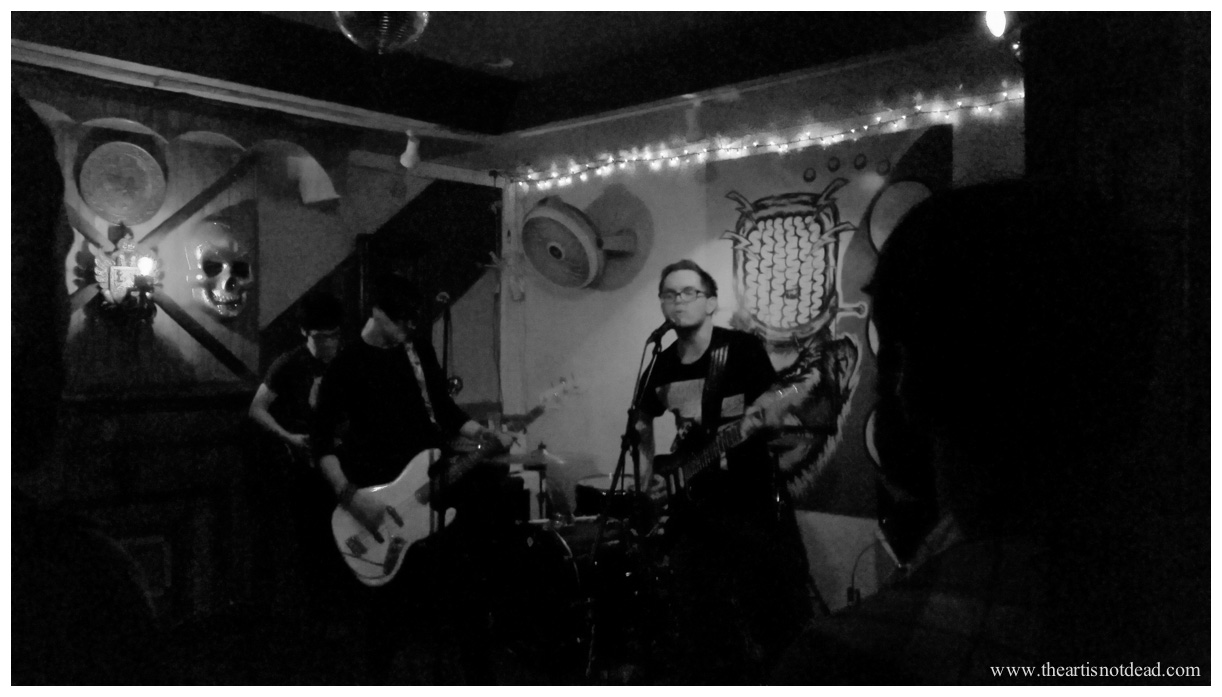 Andross is a post-hardcore band from Philadelphia, but describing their sound that way is limiting. It fits, especially after listening to the band’s 2014 release, These Are The Giants We Know, but it doesn’t cover the band’s range or willingness to change styles because the mood suits. Anchored by a kinetic rhythm section and a wiry energy from lead singer Tim Blach, songs transform a dime; from outright metal to melodic pop-punk, from hardcore-touched folk to Americana, Foo Fighters-rock, and all the way back again. They are a band of youthful energy, strong pop instincts, and moment-to-moment excitement. 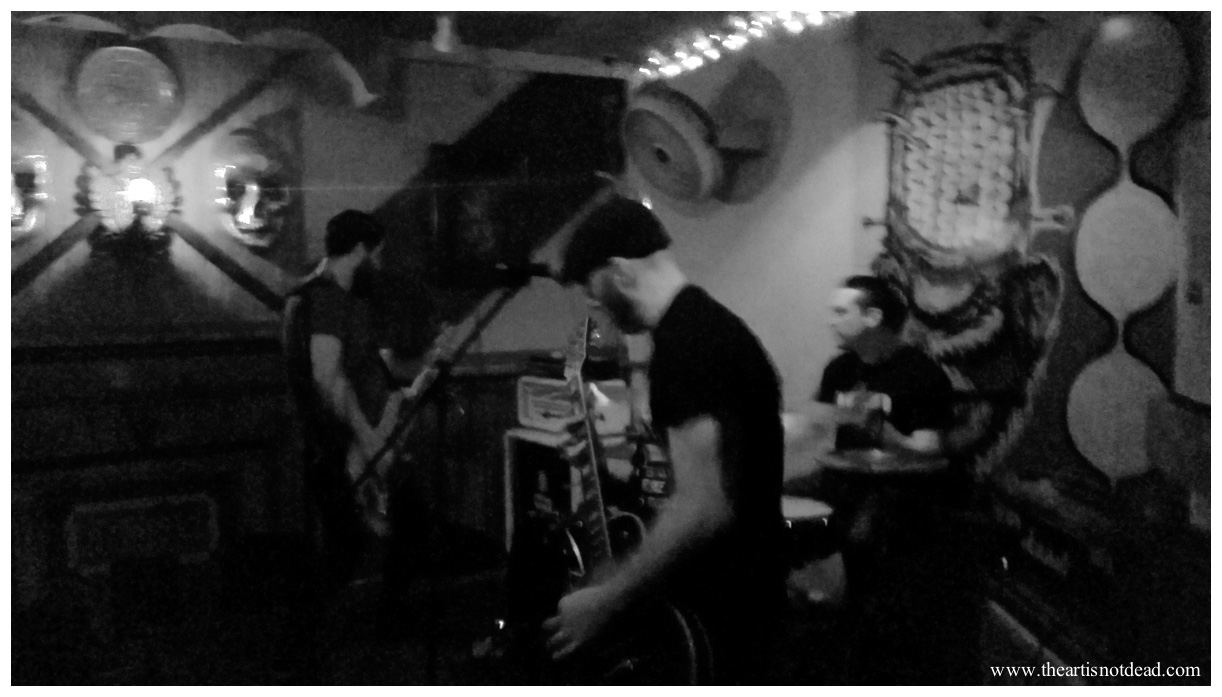 This might be a personal thing, but I am always afraid that bands from Long Island are going to beat me up. There is an underlying aggro energy to a lot of music that comes out of that vestigial tail of a place; even when that energy is put toward something positive, it is aggressively positive. I say this, not because the dudes in Remnants and I got in a fight or anything, but because the band’s three chord punk was as serious and forceful as it was playful. The three-piece had the tightest sound of the evening; they was hardly any error in their razor-sharp pop-punk. They spent the whole night sounding like a tougher version of Teenage Bottlerocket, building anticipation for their 7 inch release, out on Emily Records in June. And, let the record show, when I introduced myself to Dan, the guitar player, he didn’t try to take my lunch money or anything. Totally nice guy, totally rad band. 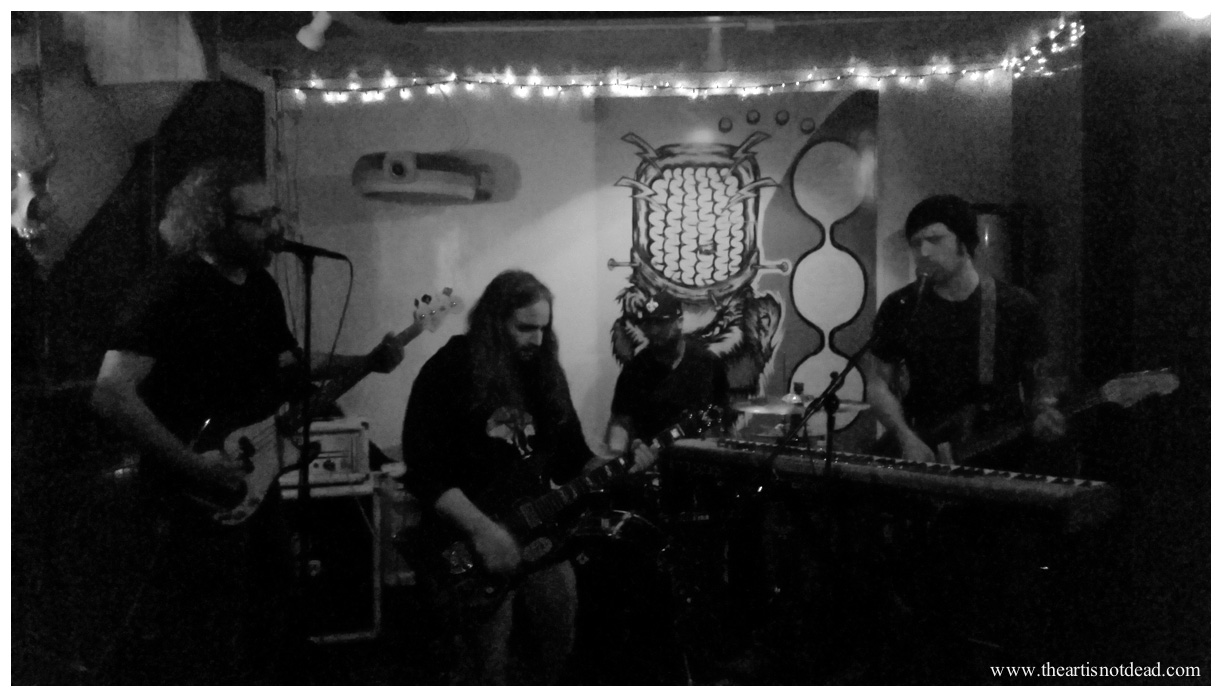 I don’t know what to make of Bearchild. Unlike the rest of the bands, who had clearly fallen from some branch of the “punk” tree, the band is more of a moving target on it’s rock influences. The first half of the band’s set sounded like something Band of Horses or Yo La Tengo would make; the initial songs were dual-guitar ambles that had both hazy elements of shoegaze and structural sensibilities of country sounds. Things really took off when the band ditched one guitar altogether for a keyboard for the back-half of its set. The resulting songs sounded like Jukebox the Ghost with balls, or at least like a pot-rock band that decided to be happy. Their 2014 album, Wishing Well, is a little easier to wrap arms around, but live, the band was a parade of alt-rock experiments that always came home to a good place. 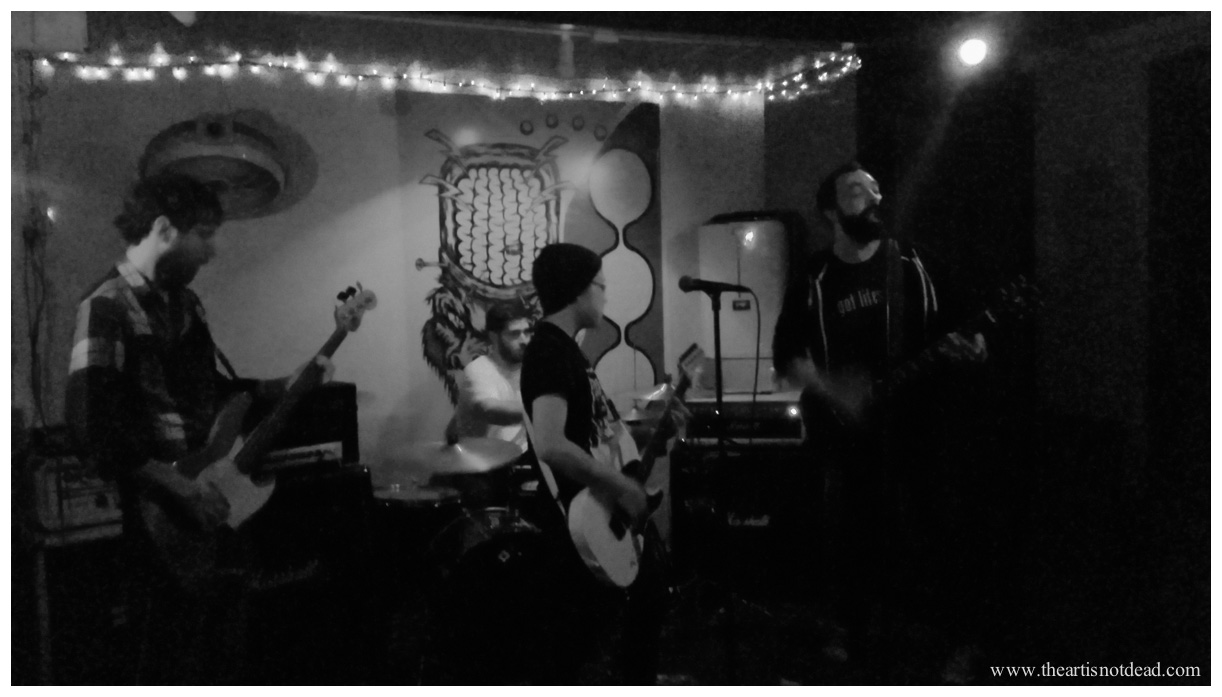 Wednesday’s show was Scatterbrain‘s second in five days; the band was coming of a triumphant set at Creep Records as part of the Welter record release show on Saturday, March 7. They got their set started minutes before 11 p.m. With all rights to lay off the gas, the band ripped through most of its latest album, 2014’s Scatterbrain, with enthusiasm and a little bit of sloppy punk magic. Despite the small room, the band did a good job not losing each other, especially on songs like “ADHA With Narcissistic Tendencies…,” which are pretty much Frankenstein monsters of hardcore riffing and tempo adjustments. It’s a testament to the band’s 14 years that it can keep track of all the moving parts in the face of more chord progressions in one song than most band’s will try in the course of an album. Here’s hoping we get more weeks with bands like Scatterbrain pulling double duty; if we’re gonna keep weird, small places in business, we need our weird, small bands to represent.

About the writer: Nate Adams is a Philly-based punk guy, by way of Rochester, NY. He writes about punk, rap, and the city at his personal blog, Fatter, Older. He plays guitar in Science Club. He lives in Kensington, but would love to talk about deep South Philly if you want him to buy you a beer.

My, oh my - how things change between website updates!

Openings and Exhibitions To See - 7.15